'Your Voice is Influential, Be Heard!' Dr Bruce Cook

Dr Cook is a Great Friend to Destiny Arising. He has been our mentor for a couple of years. And he has been a presenter at the summits!

"The only thing necessary for the triumph of evil is for good men to do nothing." Edmund Burke

We as disciples of Christ have a dual citizenship, according to Phil. 3:20: "But our citizenship is in Heaven. And we eagerly await a Savior from there, the Lord Jesus Christ." We are first of all citizens of Heaven, and second, citizens of the nation we live in or were born in. Our allegiance and loyalty are not only to the flag, laws, institutions, constitution, government, leaders and authorities of a nation, but to an eternal, invisible, omnipotent, omniscient, omnipresent, sovereign and supreme God who created all life forms on the earth, who sees the hearts of all mankind, and who judges the living and the dead.

It is clear by the Great Commission and many other Scriptures that we are called to be in the world but not of the world. We are commanded to disciple nations, to be salt, light and leaven to those around us, to love our neighbors as ourselves, to love in both word and deed, to provide for our families, to help minister to those around us who are in need, to visit the widows and orphans, to give to every good work as we are prospered, and to pray for kings, rulers and all those in authority (Matt. 5:13-16, Matt. 28:18-20; 1 Tim. 2:1-3).

So, we are not only in the world, but we are called to influence the world by reflecting and demonstrating the nature of the One who lives on the inside of us, and by being transformed into His image, likeness and nature.

One simple way that we can influence culture is to vote. This is one of the responsibilities and civic duties of citizens and citizenship, and is embodied in the Greek term Ecclesia, the called out ones, or the engaged ones—the ones who let their voices be heard in the public square, in forums on public policy, community standards and initiatives, school curriculum, candidates for public office, and other areas of public concern and interest. In the legislative district and state in which I live, some political races are decided by 100 votes or less. Every vote counts. The Church needs to exercise its authority and voice and vote in every election.

Is Your Voice Being Heard?

As I grow older, I am becoming more involved in the public square and the political arena. I have been involved in the marketplace for 50 years now in various capacities in several industries—as an employee, officer, executive, consultant, advisor, business owner, director, trustee, board member, and investor. I serve as a prelate for POTUS Shield and pray for President Trump, Vice President Pence, and their families, as well as Supreme Court nominees.

I have voted in every election since I was 18 years old. I ran for and won my first elected office in 2014 as a PCO (Precinct Committee Officer) in my county and legislative district, and have served continuously since then, winning re-election twice. Last spring I was appointed to the legislative district committee for my district by the county chairman of the political party I serve. I also was elected District Chair of my legislative district in December 2018 by the Republican PCOs in our district (Precinct Committee Officers). I am actively recruiting and vetting new PCOs at the moment for vacant precincts in our district in preparation for the 2020 election cycle.

I encourage each of you living in the U.S. to educate yourself on the local candidates seeking elected office in your legislative district and state, pray and ask the Holy Spirit for His will, and then vote in every primary and general election.

One of my friends, who is a corporate CEO, owns several businesses and pays a conservative lobbying firm to monitor all proposed and pending legislation in the legislative branch (Parliament) of government in their nation, and to advocate for and help sponsor legislation that reflects and embodies godly values and principles based on justice and righteousness and conservative values and tax policy. Other people I know are involved in shaping and influencing culture in a diverse and varied spectrum of exciting ways. The point is this: Don't be just a spectator or a victim of culture. Be an active participant in changing it for the better and making a positive difference in the world. Let the Holy Spirit lead you and seek counsel from others who are wiser and more experienced.

1 Cor. 5:9-10 states, "I wrote you in my letter not to associate with immoral people; I did not at all mean with the immoral people of this world, or with the covetous and swindlers, or with idolaters, for then you would have to go out of the world." Finally, 1 John. 2:15-17 notes, "Do not love the world or anything in the world. If anyone loves the world, love for the Father is not in them. For everything in the world—the lust of the flesh, the lust of the eyes, and the pride of life—comes not from the Father but from the world. The world and its desires pass away, but whoever does the will of God lives forever."

Be in the world but not of the world. One simple and inexpensive but important way you can do that is to vote. Every vote counts. Conservative candidates need and deserve your support as the Ecclesia to govern and lead our society politically. Voting, and engagement with culture are part of our duty, our high calling, and our responsibility as citizens of our respective nations and of the Kingdom of God.

Register For The International Summit May 2-4 Get inspired and refreshed in your vision!

Notice To Members Changes Are Coming!

The 3 Top Excuses That Hinder Our Return on Investment (ROI)

'How Can We Affect the Family Mountain?' Laura Nieminen 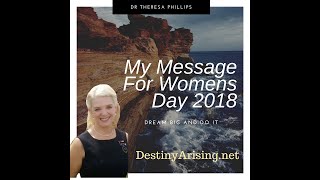 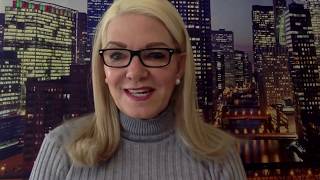 'Credibility And A Spirit of Excellence' Joy VanPatten

The Scales Are Tipping In Your Favor! Theresa Phillips Summit May 2-4

Are you making this common mistake in pursuing your vision?

The Month of March is The Faith Mountain

Fox Valley Chapter Meeting Feb 27 11 AM The Me Mountain

For Those of You Who did Not Get the Memo...3 Things Please Open for News